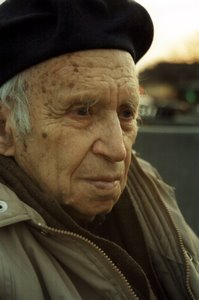 Israil Moiseevich Gelfand, one of the most influential mathematicians of the 20th century, died October 5 at the age of 96. He was the author of more than 800 articles and 30 books in many areas of mathematics–including commutative normed rings, representation theory, generalized functions, and partial differential equations–and in theoretical biology. Gelfand was born in the Ukraine and received his Ph.D. in 1935 from Moscow State University under the direction of Andrei Kolmogorov. Five years later he received his D.Sc., also from Moscow State University. He was professor at Moscow State University from 1941 until 1990 at which time Gelfand joined the faculty at Rutgers University. During his lifetime he received many awards, among them the State Prize of the USSR (1953), the Lenin Prize (1956), the Wolf Prize (1978), the Kyoto Prize (1989), and a MacArthur Fellowship (1994). In 2005 he received the Steele Prize for Lifetime Achievement from the AMS for his “profound influence on many fields of research through his own work and through his interactions with other mathematicians, including students.” In his response, Gelfand wrote, “Mathematics for me is a universal and adequate language of sciences, and it is an example of how people of different cultures and backgrounds can communicate and work together. This is extremely important in our times.” Read more about Gelfand’s work in the 2005 Steele Prize citation (pdf) in the April 2005 Notices (pages 441-442) and in his MacTutor biography.